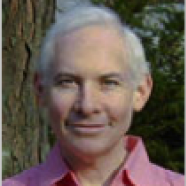 Dr. Bloomgarden is Clinical Professor in the Department of Medicine and is active in the Division of Endocrinology & Metabolism of the Mount Sinai Medical Center, New York, NY. He conducts a major teaching activity, the weekly diabetes clinic conferences, with the participation of speakers from the institution and numerous invited guests, as well as participating in teaching rounds in the Departments of Pediatrics as well as Medicine.

Dr. Bloomgarden is a member of the Board of the American Association of Clinical Endocrinologists, and serves on the Journals Managing Subcommittee of the Endocrine Society.  He has worked in the American Diabetes Association as a member of the Editorial Board, and subsequently as an Associate Editor of the clinical journal, Diabetes Care. He has, over the past 12 years, written the monthly "Perspectives on the News" column for this publication, a widely read and respected summary of current developments in the field, now available as an online CME activity.  Additional writing includes reviews pertaining to the insulin resistance syndrome and to the treatment of type 2 diabetes, with Dr. Bloomgarden having contributed more than 200 publications in diabetes and related areas.

Other activities which have gained him prominence include his membership on the Editorial Board, Practical Diabetology, his service as a Founding Member of the Metropolitan Diabetes Society of New York, participation in the Committee on the Relationship of Socioeconomic Status to Cardiovascular Mortality, American Heart Association, and his activity as a reviewer for the Archives of Internal Medicine, the Journal of Clinical Endocrinology and Metabolism, and Diabetes Care.  Dr. Bloomgarden has acted as an advisor for a number of pharmaceutical groups.  In addition to numerous lectures given locally, he has been invited to speak in a variety of institutions around the country as well as giving many lectures internationally, including talks in South Africa, Poland, Thailand, Indonesia, China at the annual meeting of the Chinese Diabetes Association, and Brazil where he became an honorary professor at the Biocor Hospital de Doenças Cardiovasculares.  He has been a principal investigator in numerous clinical studies, assessing treatment with troglitazone, glyburide, insulin, metformin, glimepiride, glipizide, fluvastatin, dichloroacetate in the treatment of lactic acidosis, patient education in diabetes, and the role of sildenafil in the treatment of erectile dysfunction in males with diabetes.

In his successful clinical practice, Dr. Bloomgarden is one of the best-known diabetologists in New York.  He has been listed for several years in the publication, Castle Connolly Guide: The Best Doctors New York Metro Area.