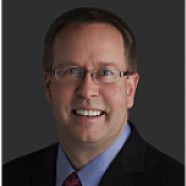 Dr. David Kendall is currently a Distinguished Medical Fellow for Lilly Diabetes. Appointed to this role at Eli Lilly in 2011, Dr. Kendall serves as a senior medical and clinical advisor for Lilly Diabetes in advocacy, clinical and medical science and as a representative to the professional medical community. In addition, he provides scientific and clinical input to Lilly’s diabetes discovery and clinical development programs. Other key responsibilities include support of Lilly’s medical education efforts and diabetes health care evaluation programs.
Prior to joining Lilly Diabetes, Dr. Kendall served as Chief Scientific and Medical Officer for the American Diabetes Association (ADA) in Alexandria, VA. In this role he provided leadership and oversight of the Association’s scientific and medical activities including medical affairs, research programs, medical and community information, scientific and consumer publications and professional education.
In addition to his role at Lilly Diabetes, Dr. Kendall holds an academic appointment as Associate Professor of Medicine at the University of Minnesota and serves as an Adjunct Medical Director at the International Diabetes Center (both in Minneapolis, MN). With more than a decade of service to the International Diabetes Center, Dr, Kendall has previously served as Medical Director and Chief of Clinical and Professional Services (2008-9), Chief of Clinical Services (2000-2005) and Medical Director of Affiliate Programs (1997-2000). He also held the position of Executive Director of Medical Affairs at Amylin Pharmaceuticals from 2005-2008. He was previously a Consultant in Endocrinology for Park Nicollet Health Services and the Park Nicollet Clinic in Minneapolis and served as full-time faculty at the University of Minnesota Medical School from 1994-1997.
Active in diabetes research, education and clinical care for nearly 25 years, Dr. Kendall’s research and clinical interests have emphasized the management of both type 1 and type 2 diabetes, emerging and novel therapies for diabetes care, the treatment and prevention of complications of diabetes and studies of models of diabetes care delivery.
He has authored more than 150 original manuscripts, chapters and professional reviews. Additionally, Dr. Kendall has served as an investigator in both the Diabetes Control and Complications Trial/Epidemiology of Diabetes Intervention and Complications (DCCT/EDIC) Trial and as a principle investigator for the Action to Control Cardiovascular Risk in Diabetes (ACCORD) Trial in type 2 diabetes.